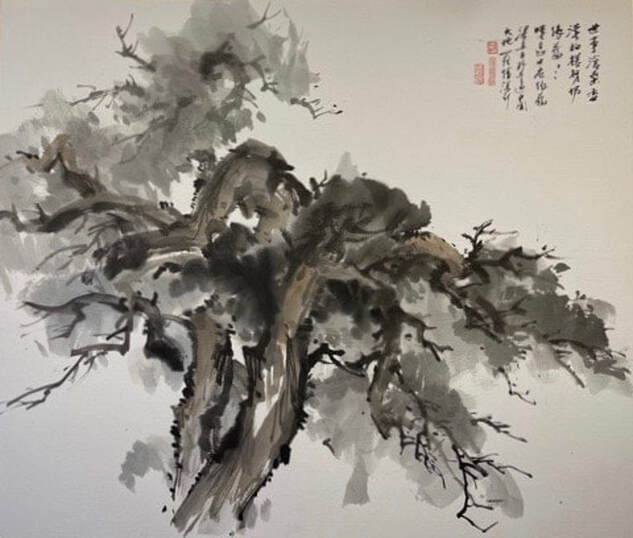 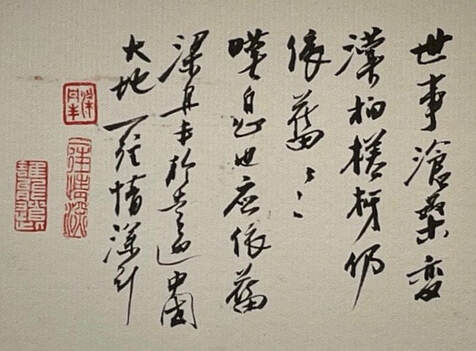 "Dragon Tree"
Sumie on Shikishi Board, 17.75" x 20.75"
Dan-fong Liang was born in Nanjing during one of the most turbulent times in Chinese history. When China was lost to communism she fled to Taiwan becoming a professor of art.  She has never stopped her artistic quests in challenging techniques, themes, and in breaking through traditional impositions ​traveling to many countries and places as remote and desolate as the glaciers at the North Pole and the deserts in Middle East and in many parts of China.  An early pioneer in the keeping of travel journals of both sketches and writings she was often invited as a guest speaker on her travels and to demonstrate the brush painting she considered to be an “international language,” a vehicle to foster understanding and awareness.  She has been greatly appreciated as an "unofficial ambassador for Chinese culture” and her demos were widely publicized on televisions, radios, newspapers, and magazines.

Dan-fong Liang is versed in both Western and traditional Chinese techniques studying the Classics, the practice of calligraphy, and the Chinese lute—the seven-stringed “qin."  In Western style watercolor she is known for breathtakingly swift execution, and in transparent, fresh color effect. 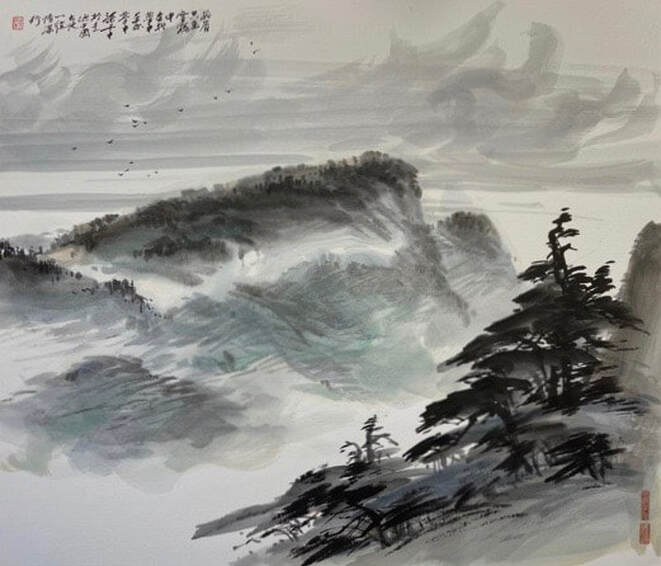