Sachiko Furui was born in Osaka, Japan. After ten years of establishing her art, she immigrated to Boston.
Boston's "Old North Church" was her first print, made in the first year of her American life.
Since she started designing American views, wherever she visits, her eyes catch. beautiful landscapes. “Meredith, NH” was made while Sachiko visited the lakes gallery at chi-lin in Meredith.

Hiroshige Ando, of the Edo period in Japan (1797-1858) was a typical and famous woodblock artist
whose work can be found at the MFA and in collections all over the world.
His prints reflect the joint work of  Designer + Woodcarver + Printer.
In the world of traditional Japanese woodblocks both Hiroshige and Sachiko represent the "designers."
Master carver would be responsible for carving a separate block for each color in the artwork.
These blocks are then printed together in order by master printers on special rice papers
to create the image represented by the original design.
Sachiko's early woodblock designs were carved and printed in the US, more recent work in Japan.

Today each woodblock artist is different.  Some "designers" do all phases by themselves
and some work in the traditional way in which three artists are involved.
Throughout history printers and carvers have been considered mere craftsmen and
we seldom know their names even though their work was crucial to an artist/designer like Hiroshige.

Sachiko's work is also influenced by the traditional dying art, "Katazome,"
which she studied earlier in her life.
"Katazome is a Japanese method of dyeing fabrics using a resist paste applied through a stencil.
With this kind of resist dyeing, a rice flour mixture is applied using a brush or a tool such as a palette knife. Pigment is added by hand-painting, immersion or both." (Wikipedia)

Please enjoy a Japanese feeling by a Japanese artist who lives in Boston in the 21st century.

Views of the North Coast
Each print $440.

Views of the Pennsylvania & Delaware
​Each print $440. 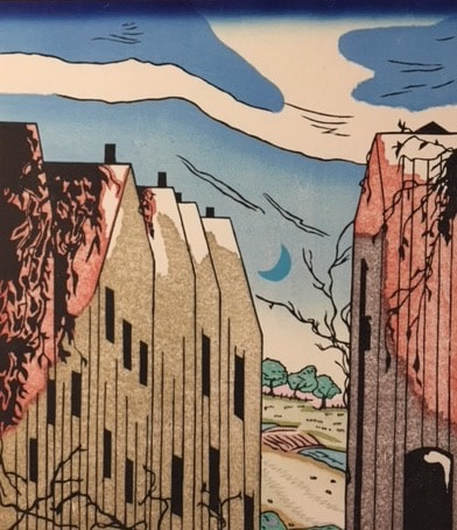 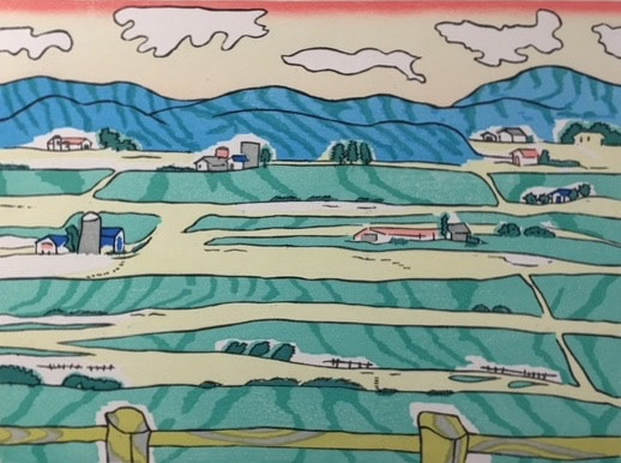 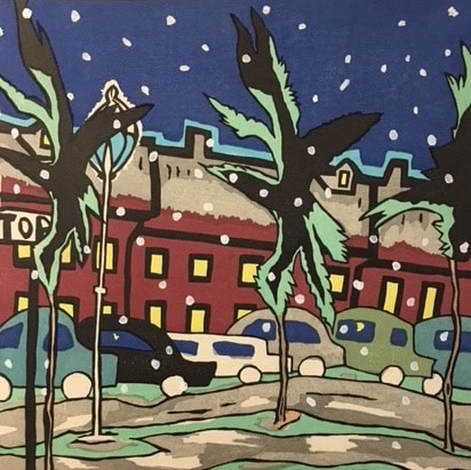 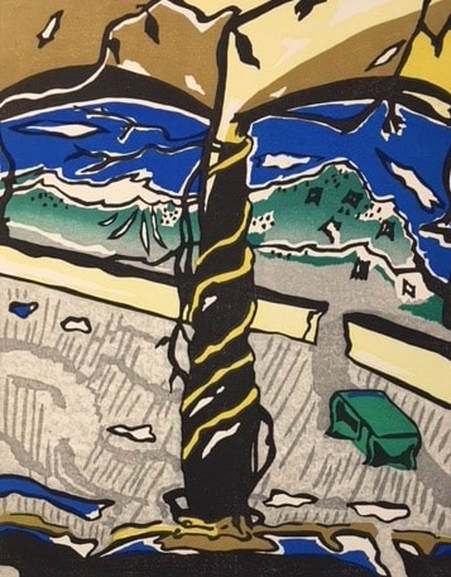