“These prints are loosely based on my oil paintings and field sketches.
The mokuhanga print medium is in some aspects similar but in other ways
​diametrically opposite of how I approach painting, and I’m enjoying the differences.”
​ 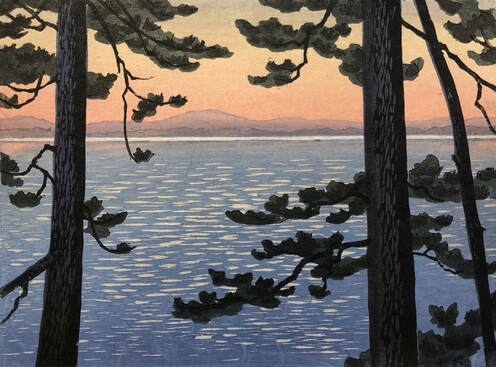 "Pines at Sunset"
Japanese "Hanga" print
Image, 6" x 8"   matted,  11" x 14," $125.
The richly colored, visually dynamic woodblock technique perfected in Japan during
the 18th and 19th centuries is known internationally by the Japanese term "mokuhanga."
The character for "moku" literally means wood, while "hanga" can be broken down into two concepts,
each represented by a separate character.
The first character being "han," meaning print, edition or impression, and the second "ga," meaning picture.
The expression does not describe the act of printing so much as it refers to the resulting object, the print.

"Mokuhanga" produced the "Ukiyo-e" masterpieces of Hiroshige and Utamaro;
It inspired European artists at the end of the 19th century to throw over centuries
of single-point perspective and its traditions;
It was adopted in the early 1900's by American artists on both coasts as a tool of modernist aesthetics.

After an eclipse during the middle of the 20th century, interest in "mokuhanga"
as a tool of contemporary art has been growing since the 1980s.
Today "mokuhanga" is being practiced alone or in combination with other techniques
both inside and outside Japan, by professional printers as well as individual artists,
to create challenging new prints that combine old and new ways of thinking about multiples. 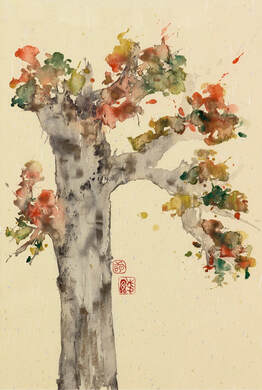 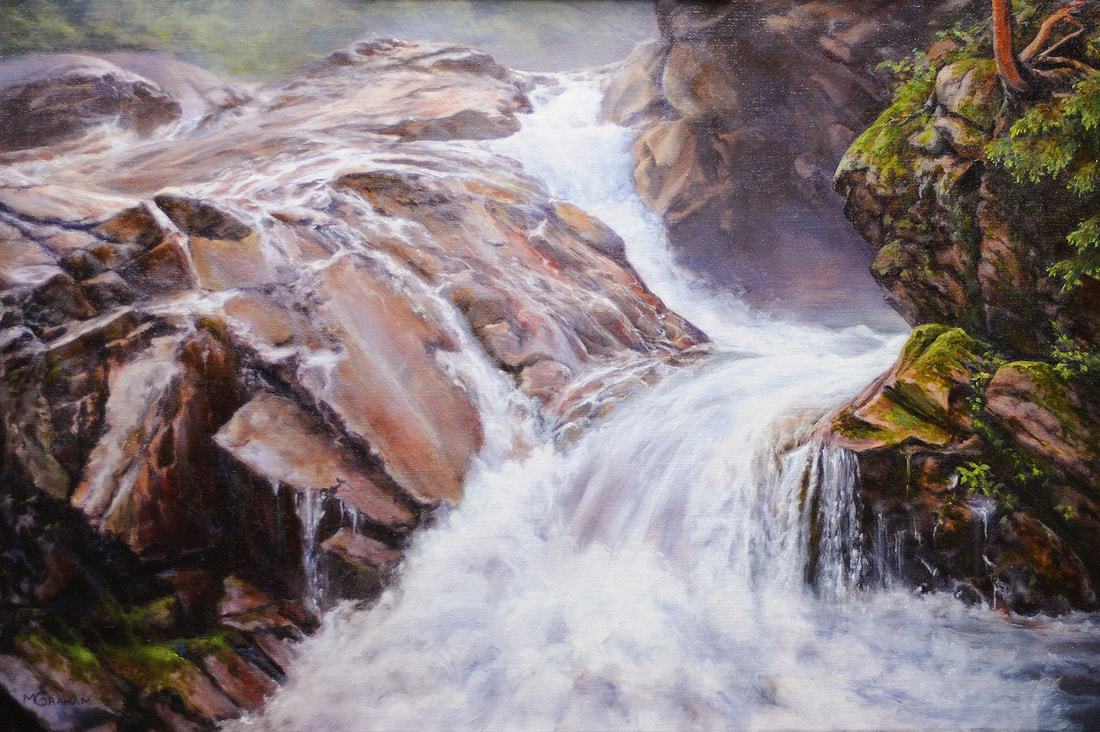 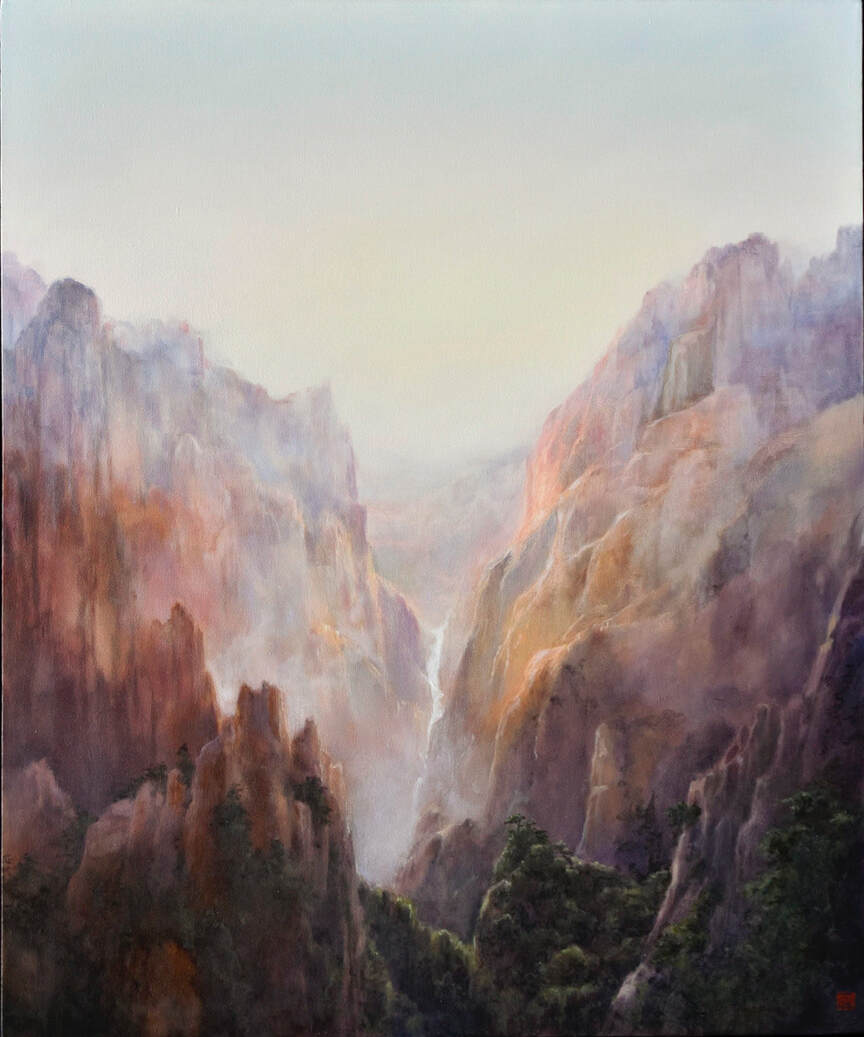 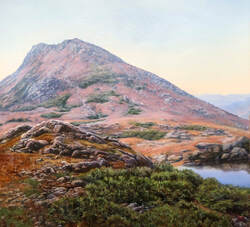 "Mount Monroe"
Oil, Image 24” x 26,”  framed ​30.5" x 32.5"
In my paintings, I try to capture a sense of the passage of time, an extended experience of presence and attention.
The desire to see, know and understand the natural world more intimately draws me into the mountains and woods,
into relationship with the wonderful “otherness” of nature.
I know what John Muir meant when he stated, “The clearest way into the Universe is through a forest wilderness.”

By focussing on the particular, alert to sounds, sights, and fragrances, I come to know my environment
to be deeply inhabited by living things and feel myself a part of this symbiotic kinship.
Each place has its own very specific and individual attributes, a feeling well expressed by the poet Novalis:
“A landscape must be felt like a body. Every landscape is an ideal body for a particular kind of spirit.”
Balancing these two forms of attention, I search for the poetry of a given place.

My working process has always included painting and drawing outdoors, which is the foundation for all that follows.
My paintings are created from these experiences and memories,
searching for visual metaphors for the complexity of human thought in relation to place, to landscape, and to nature.
I find beauty in the tensions and oppositions of this dynamic relationship.
​ 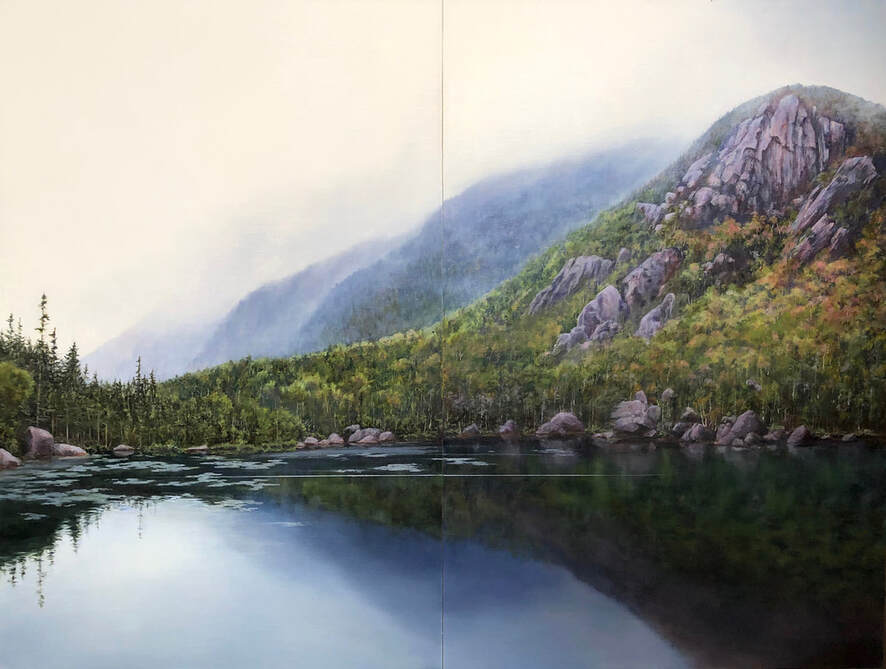 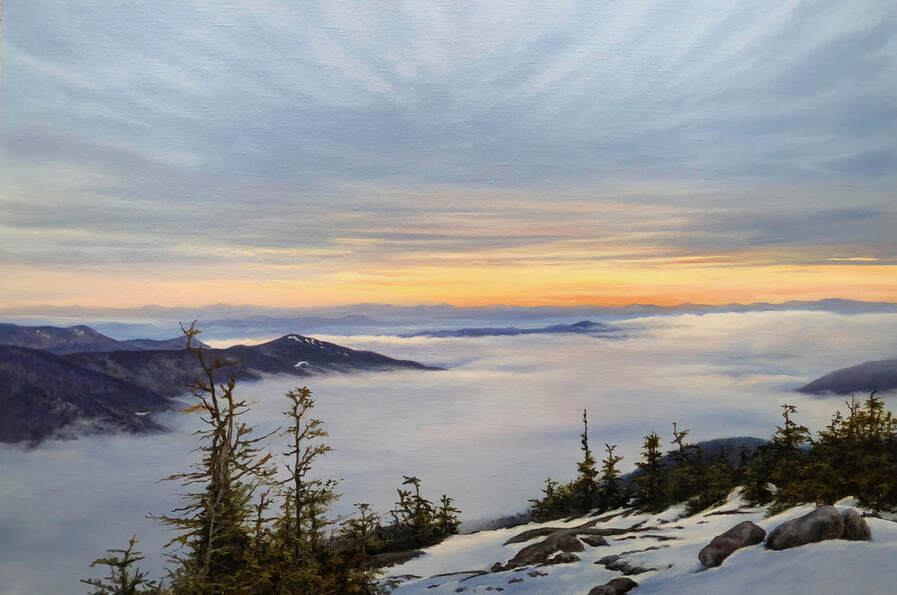 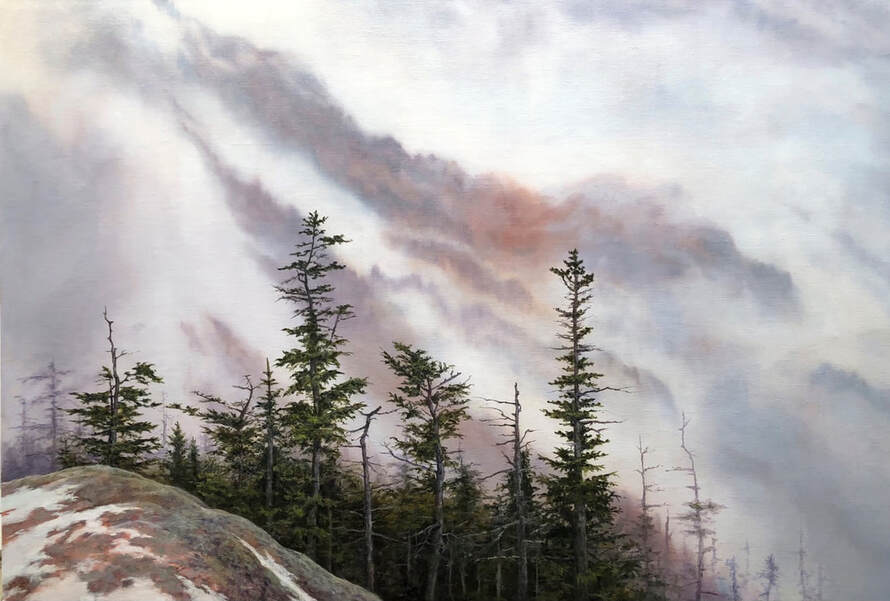 Leaving the city today, I put all that gritty dust behind me,
and facing mountains and valleys, feel them enter my eyes."